June is National Indigenous History Month in Canada – a time to recognize the vast contributions of First Nations, Métis and Inuit peoples.

To celebrate and honour the month, we’re sharing some of our favourite stories of Indigenous-led innovation over the last year, as well as a spotlight on some of CSI’s Members and Alumni whose work centres Indigenous knowledge, promotes cultural awareness, and often supports reconciliation.

Before we do, it’s important to recognize that this year National Indigenous History Month comes as unmarked graves continue to be found on the grounds of former residential schools. While horrifying, these discoveries are not surprising. Residential school survivors and their communities have long been speaking out about their existence and about the systematic oppression orchestrated by the Canadian government. As we recognize the many contributions of Indigenous people, we must also recognize that Canada’s colonial legacy persists not out of a lack of answers – Indigenous communities have long been providing solutions and sharing a path towards reconciliation – but due to government inaction and public indifference. Reconciliation must begin with truth. Today is a day for those of us who are settlers to read the 94 calls to action of the Truth and Reconciliation Commission, educate ourselves on the true history of Canada (including its ongoing legacy), and demand action.

Stories from Our Network 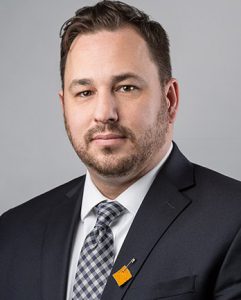 Creating a Platform for Indigenous Innovation: A Next Economy Conversation with Jeff Cyr

After a decade working in Canadian government, Jeff Cyr founded Raven Indigenous Capital Partners as a means of empowering Indigenous innovators and their communities through social finance. In this Next Economy Conversation, he speaks on a range of topics, including barriers to innovation in government, closing gaps faced by Indigenous social enterprises, and an exciting social finance model that puts solutions back into the hands of communities. 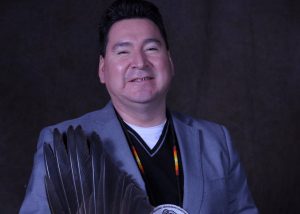 Tall created an Indigenous awareness course to fill in the gaps in Canada’s current education system. For too long, the history of Canada’s Indigenous Peoples has been ignored, omitted, or sanitized in the classroom. It wasn’t until 2015 that the topic of residential schools was added to the curriculum across the country. But even today, the history being taught is not standard, nor is it mandatory. Bear Standing Tall designed a self-directed program detailing 500 years of history from an Indigenous lens in order to change that.

Towards Energy Sovereignty: A Climate Ventures Conversation with Melina Laboucan-Massimo 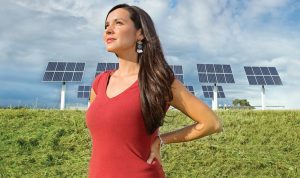 Founder of Sacred Earth Solar, co-founder of Indigenous Climate Action, and host of the Aboriginal Peoples Television Network’s (APTN) series Power to the People, Melina Laboucan-Massimo is a climate justice powerhouse. In this Climate Ventures Conversation, she speaks about the experiences that motivated her to become an advocate for clean energy, how we need to rethink the way we teach energy systems to our children, the importance of truth-telling in a time of reconciliation, and the energy revolution happening in Indigenous communities across the country.

CSI Members, Past and Present

CSI Annex Member, Ojibiikan Indigenous Cultural Network, is an Indigenous-led nonprofit offering land, food, and cultural-based programming in Toronto and the surrounding area. Their programming centres on ceremony, song, storytelling, and offerings, and includes opportunities to connect to the land through activities like medicine walks, traditional cooking, sugarbush tapping, and snowshoeing.

CSI Alumni and 2017 Agent of Change, Anwaatin, believes addressing the climate crisis and  revitalizing treaty relationships go hand in hand. As Anwaatin’s CEO Larry Saul explains, “when you’re battling climate change, you need warriors. We are those warriors. Our weapons are not guns. We’re armed with wisdom and love for the natural world. We are stewardship warriors.”

Anwaatin supports these warriors. They work to ensure Indigenous communities are front and centre in the movement to address the climate crisis by equipping individuals with the technical tools and knowledge to participate in emerging climate actions. They do this through a range of services, including building partnerships and facilitating agreements between Indigenous nations and policymakers at the municipal and federal level, and supporting Indigenous-led carbon sequestration projects by educating communities on the biodiversity and carbon sequestration potential of their traditional territories.

Established in September 2016, CSI Member Toronto Inuit Association (formerly iTUK) is dedicated to fostering connections and amplifying the voices of Inuit in Toronto. Their mission is to “create a community in Toronto for Inuit from all regions, where [the Toronto Inuit Association] can provide support in language learning, culture awareness, family services, employment and health services to Inuit and their families.”

The Indigenous Curatorial Collective is an Indigenous-led organization that strives to build community and reciprocity among Indigenous curators, artists, academics, and writers through programming, critical discourse, and professional opportunities. This CSI Member launched in 2005 “as a response to the authority afforded to the non-Indigenous curatorial and academic community within the discipline of Indigenous arts in Canada.” For the last sixteen years, the organization has worked tirelessly to support Indigenous artists and curators in claiming space, maintaining agency, and broadening opportunities offered to Indigenous creators in and beyond institutional frameworks.

June 17, 2022
Member Stories, Spaces
We were lucky enough to have Jordan Aelik from Canada Comics Open Library (CCOL), one of our Annex members, spray paint a new mural for us.

June 10, 2022
Alumni Stories, Member Stories
As the CSI community celebrates Pride, we’re spotlighting some of our current and past members doing important work for the LGBTQ2S+ community. These members are challenging biases in the workplace, uplifting stories from community members, providing educational resources, and much more.