The Story of WOSEN: Kelly Emery

When CSI first joined the Women of Ontario Social Enterprise Network (WOSEN), we knew it was going to unlock opportunities for an underserved group of women: women who traditionally faced barriers to access to entrepreneurship training, mentorship, and business support, and women who have solutions that put people and the planet first.

This week, we are thrilled to announce the publication of a report detailing exactly how WOSEN fosters the growth of women-led social enterprise. To celebrate the report, we are also sharing a series of stories on our program participants in collaboration with our WOSEN network partners: Pillar Nonprofit Network, SVX, and NORDIK Institute‘s Social Enterprise and Entrepreneurship. 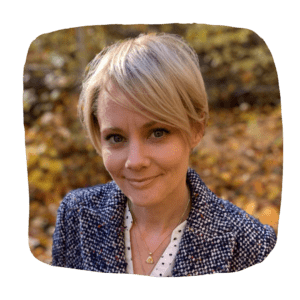 charities in Canada, 91% of them are small organizations, 10 people and under, and they are the organizations that rely very heavily on personal donations. They are the ones that have a direct impact in our neighborhoods and in our local communities,” explains Kelly Emery, Founder and CEO of Troop.

These organizations were at risk of closing their doors given the decline in charitable giving. Her eagerness to help, along with an inquisitive curiosity, led her to dig deeper into the major underlying issues of Canada’s charitable sector.

CanadaHelps puts out an annual look at Canada’s charitable sector using Statistics Canada research as well as tax data from the Canada Revenue Agency. As far back as 2017, they have found a contradiction to what many of us believe and hope our country to be: donations and charitable actions have been on a steady decline across every age group for the past 10 years.

Kelly realized that there was a gap holding her community back from its charitable potential. She knew that the decline in charitable engagement was not because people are becoming less compassionate or generous. What she speculated was that people are simply becoming less connected to their communities. It is becoming more and more difficult to see exactly where the generosity is needed, especially so in the past year. What Kelly didn’t realize when she started her business was that her solution in the tech-for-good space was about to become even more valuable.

“So then it became about who is going to be impacted the most by the decline in donations,” Kelly concluded.

The journey toward Troop began as Kelly decided to pivot from her already successful career in the FinTech and Insurtech sectors. Understanding the tech space, she was excited to use her knowledge and skills in order to benefit the world in some capacity, she just didn’t quite know how yet.

Kelly decided to volunteer in her community as an exploratory quest, with the hope of determining her next direction. What she found from her communication (or lack thereof) with a handful of local charities was that they were quite unresponsive to her offerings of help. The reason for this was because the same person coordinating the volunteers was also doing the grant writing, the program coordinating, the bookkeeping, and on top of that, they were likely a volunteer themselves. Kelly saw that the ability to give back, volunteer, and promote charitable action in our communities needed to be easier.

This was her lightbulb moment.

Troop now works to bridge the gap between donors and local charities by focusing on the tangible needs of the people we call our neighbours. Local charities tell Troop about the needs that they have, then Troop shares these needs with neighbours and businesses who have signed up for need notifications. Through this service, “Troopers” make direct impact on their own neighbourhoods and develop relationships with their communities based on compassion, kindness, and cohesion.

Troop has fulfilled countless needs in and around the GTA. One of Kelly’s favorite causes fulfilled by Troopers was in the early days of their partnership with Matthew House, a local charity in Toronto that supports refugees.

“A woman that had arrived was eight months pregnant and alone. Matthew House had called me up and I remember they said, ‘We need everything that you need for a baby.’ So I just went out to the Troop community and I said, ‘Guys, we’re having a baby shower. And we have to do it in three days.’”

The Troop community pooled funds and resources and were able to contribute a stroller, crib, diapers, clothes, toys, a mattress, and other basic needs for the arrival of the woman and her baby. Kelly noted, “It was just amazing to know that the community had welcomed this newcomer with such open arms. It was really, really brilliant.”

Fulfilled causes on the Troop website are all over the spectrum of community needs: a skateboard for a young boy unable to afford one for his leadership camp, cameras for young artists, vitamins for pre- and post-natal at-risk and marginalized moms, water filtration systems for the homeless, a laptop and ESL classes for an isolated newcomer to Canada, and so many more. All of these need requests were achieved through proximal neighbours and members of the community because of Troop. By contributing to Troop, you are not just supporting local charities, you are seeing exactly who and how someone is benefiting from your contribution. The benefit does not end there either – you are getting back what you give by improving your very own neighbourhood.

Another service Troop provides is support for small and medium sized businesses to develop their social impact programs. A company can sign on for one of these programs and by doing so they commit to contributing a certain amount of money per month to fulfill local needs. At the beginning of the month, Troop sends out a curated list to all the employees of that business, sharing a few local needs. Each employee gets an opportunity to vote on the need they want to see accomplished and whichever wins gets processed and fulfilled! This is an amazing and innovative way to connect businesses to the community around them, and allows employees to feel proud that they are part of a constructive and valuable solution to local obstacles.

Kelly became acquainted with WOSEN through the Centre for Social Innovation. As soon as the WOSEN team heard about what she was doing to benefit her community and neighbours, she was welcomed into their community with enthusiasm.

Prior to 2018, Kelly had very few contacts in the charitable and non-profit space. Her background was in a completely different field and she was essentially starting fresh. Through WOSEN, Kelly connected with a mentor who has had a significant impact on the development and growth of Troop. Her mentor at WOSEN then connected her with a colleague, Nancy Peterson, who is now an advisor for the business. Not only has Nancy been an active investor in Troop, she has also been a pillar of strength and support for Kelly throughout the challenges of creating a startup.

“When you’re at this startup phase, it’s incredibly challenging,” Kelly explains. “Particularly in an environment where we’re in a pandemic and there are so many external stressors to consider. Getting that additional support around motivation and knowing it’s okay to feel overwhelmed is extremely validating, personally and professionally. Because ultimately, at this stage, the two kind of meld into one.”

Because of WOSEN, Kelly was able to connect with the right people who give her support not only in her business, but also in her overall wellbeing.

Being a part of a community is about leaning on each other for support and being there for others when they need it. Through her experience with WOSEN, Kelly has not only been able to feel supported, but she has also been able to return that support to her countless communities with Troop.

Troop continues to elevate and benefit communities in and around the GTA. Visit them at hitroop.com to see how you can help make a direct difference in the lives of your neighbours.

June 17, 2022
Member Stories, Spaces
We were lucky enough to have Jordan Aelik from Canada Comics Open Library (CCOL), one of our Annex members, spray paint a new mural for us.

June 10, 2022
Alumni Stories, Member Stories
As the CSI community celebrates Pride, we’re spotlighting some of our current and past members doing important work for the LGBTQ2S+ community. These members are challenging biases in the workplace, uplifting stories from community members, providing educational resources, and much more.