Skip to content
COVID-19: We’re open as of March 1 ! Spring Into Community With CSI

Like many ideas and companies, Spent Goods also began over a beer at a bar.

“I didn’t know anything about beer and I never baked bread before in my life. I was looking into the repurpose space and happened to be having a beer at Henderson’s. That was my first introduction to spent grains,” Dihan recalls. Henderson’s Brewery was looking for a way to use their spent grains – all the leftover barley grains used to brew beer. At the time, the bar was considering repurposing it into furniture or flooring for a more eco-friendly alternative. Looking to get involved in the upcycling industry, Dihan asked if he could look into it for them.

“When I did the research, I saw one of the most popular uses for spent grains was baking bread. And I noticed there was a bakery right next door to Henderson’s. I thought, “maybe this is a sign I should just ask them?’ So I just called —– and they said yes,” Dihan explains.

After that, he began incubating this concept with a Climate Ventures program, and Spent Goods was born. They work with companies and grocers that are invested in social innovation and impact in order to facilitate food upcycling. Often, what holds organizations back from optimizing for the environment is time and money. That’s where Spent Goods comes in. They take care of the logistics, both facilitating partnerships between organizations and creating the products themselves. For Henderson’s, that looked anything like coordinating schedules with the brewery to driving the spent grains directly to the bakery.

“Spent Goods is a food waste transformer. We’re all about trying to curate delicious foods that help reduce climate change,” Founder Dihan Chandra explained. “We try to be a model for other businesses so they repeat what we do. We show that there’s a solid business case; there’s a financial benefit – but most importantly – a benefit to people and the planet.”

Since their inception, Spent Goods has sold about 92,000 products. “All that would have been thrown away,” Dihan emphasizes. “We were able to retain the nutrition and reduce climate change impacts that would have been caused by throwing it away and we have been able to create local jobs in the community.” Spent Goods is also exploring growing mushroom-based insulation, turning spent grains into corrugated cardboard, and in true circular fashion, transforming bread back into beer by turning day-old bread mash into a beer they’re calling Sourdough IPA.

Their success hasn’t been without its hurdles – unfortunately, there’s a stigma attached to upcycled food. People hear ‘food waste’ andthink ‘garbage’, and that’s not the case. The food that comes from Spent Goods is fresh, clean, and healthy. In fact, Spent Goods uses high quality ingredients, which actually leads to their next challenge: keeping food costs low in a competitive market. The food industry has historically thin margins, which only intensifies when you’re a small enterprise often sourcing nutrient-rich, organic ingredients. While factory-made bread can be made through automation over four hours, their sourdough is made over a three-day window. It’s not easy, especially when part of your mission is combating food insecurity. Additionally, the pandemic caused many of their partner restaurants to close and it has taken a lot of pivoting to succeed. 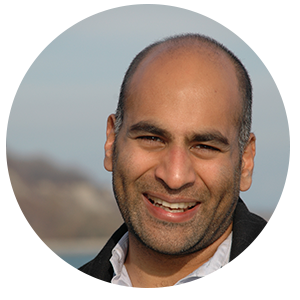 Pushing a philosophy that puts a circular economy at its core, the organization is set to expand.

What makes Spent Goods particularly special is that the business doesn’t exist for its own sake. Dihan created the organization to, in part, prove to larger corporations that this kind of model is possible.

“My intention is not to be a baker and make a lot of money through selling goods, because I don’t feel like I can take on the likes of Loblaws. This is their bread and butter (excuse the pun) but the idea is if we could inspire someone like Loblaws that a brand like Spent Goods is upcycling products, that there is a demand and interest in this in addition to being local and empowering consumers. The impact they would have is so much more impactful than we could have.” This commitment towards changing systems is part of the reason why he was awarded the Centre for Social Innovation’s coveted Bow Tie Award at this year’s Holiday Gathering. The Bow Tie Award honours community builders whose work puts people and planet first, so that we can build and thrive in the Next Economy. “I feel like I won already just by being nominated. CSI’s biggest value is its people. I was very honoured,” Dihan reflects. “We wouldn’t have been able to do this without CSI to be honest. I’ve been using CSI’s coworking spaces, mentorship, and acceleration services for almost ten years now. I took the initial idea to Climate Ventures. That’s where Spent Goods went through its first incubation. When impact entrepreneurship is a part of your business, you’re considered an Agent of Change, and for that CSI always offers a thriving network that is often just one or two degrees of separation. We got into Evergreen Farmers Market, one of the best markets to get into, thanks to a CSI Member’s informal introduction. It’s been like that throughout my time here.”

How does he plan to celebrate? A few spent grain pizzas or Montreal-style bagels may be in order! Spent Goods is set to come out with a new line of products this year. Dihan is working with his local pizza spot, and rumour has it, they’re on the lookout for taste testers – count us in!

22 of the Most Innovative Innovations at CSI

May 14, 2022
Member Stories, Social Innovation
It’s Canadian Innovation Week once again! It's 2022, so we're looking back at 22 of our favourite innovations to come out of CSI over the years, pulling from our founding members (Stephen Lewis Foundation!) programs and accelerators, and our time in New York City, to showcase some of the greatest hits that have emerged from our 18 year old experiment in social innovation.

March 22, 2022
Climate Ventures, CSI Accelerates
The number of water-related crises around the world run as deep as the ocean, but impact entrepreneurs at the Centre for Social Innovation are finding innovative ways to tackle water issues, locally and globally.