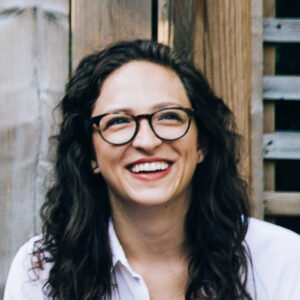 “We feel passionate about the need to become and support the courageous leaders who are willing to step up, step out, and take a risk in the political arena.” – Tonya Surman, CSI CEO

CSI hosted a hybrid virtual/in person debate at each of its locations ahead of the June 2 provincial election, and invited candidates from all four major political parties to participate. For each debate, we were joined by the local candidates from the Ontario New Democratic Party (NDP), Green Party of Ontario (GPO), and Ontario Liberal Party (OLP). The PC Party of Ontario candidates did not respond to our invitation.

Although the debates at CSI Annex and CSI Spadina were themed (Climate Change and Social Impact, respectively), all three touched on main issues of concern for voters – housing, affordability, and the environment – and how social enterprise and innovation can play a role in solving these crises alongside government. We’ve summarized key discussions from the debates here for our readers to get a sense of where their candidates stand on the issues. Find more information about how to vote at the end of this blog!

Hosted by Tonya on April 26, we spoke to University-Rosedale candidates Dianne Saxe (GPO), incumbent Jessica Bell (NDP), and Andrea Barrack (OLP). On many items, the candidates agreed. All three parties would commit to reaching net-zero emissions by 2050, with the GPO pledging to reach that goal by 2045. They also all committed to canceling the proposed Highway 413, with the NDP and GPO candidates also pledging to cancel the Bradford Bypass. 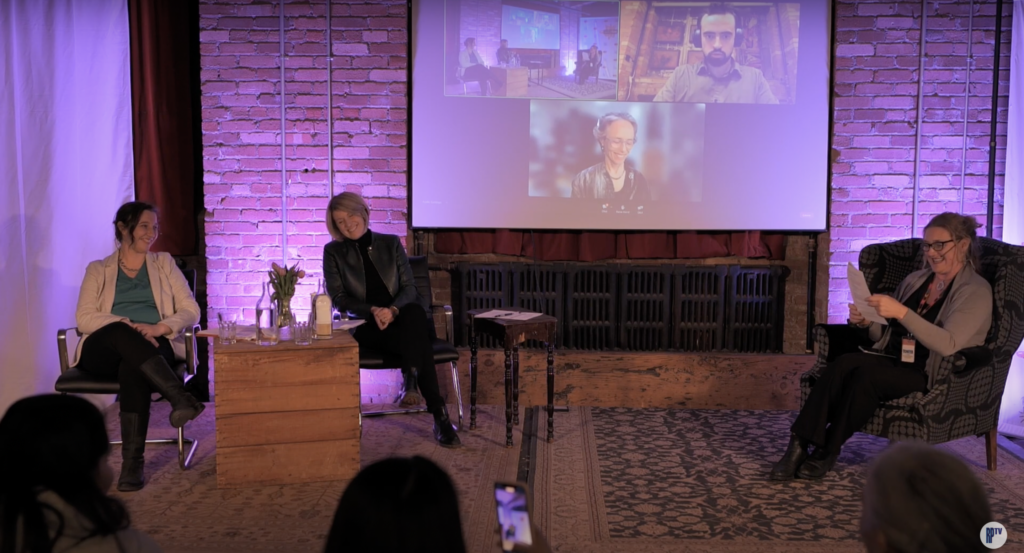 Of course, we had to ask the candidates some questions about the next economy and social innovation. When asked how they would help to accelerate a green, circular economy and position Ontario as an innovator on climate change, each candidate offered a different answer. Barrack (OLP) noted that more and more companies are realizing that they need to be a part of the climate solution, not part of the problem. If elected, she would emphasize the importance of policy and a regulatory environment that supports companies with tangible climate results – not greenwashing. Bell (NDP) highlighted her party’s green new democratic deal, which aims to transform the building, energy and transportation sectors. Saxe (GPO) mentioned that Ontario has many advantages to play a leading role in the next economy, including a diverse, educated population, in addition to myriad mineral resources and clean energy options. In closing, she shared that “the new climate economy is inevitable; what’s not inevitable is who are the winners, and right now we’re not on track.” Looking for more? Watch the full debate here.

Our second debate, hosted by Tonya on May 12, featured the candidates running in Spadina-Fort York: Cara Des Granges (GPO), incumbent Chris Glover (NDP), and Chi Nguyen (OLP). Topics ranged from housing affordability, reconciliation, climate, and basic income, with overlaps in policy on some issues and distinctions on others. To hear more from the candidates, watch the event recording here.

Tonya mentioned the now-closed Office of Social Enterprise (OSE) within the Ontario government, and posted a question to the candidates – how do you see social enterprises playing a role in your Ontario, and would you reopen the Office of Social Enterprise? Des Granges (GPO) highlighted her party’s plan to create a made-in-Ontario Social Enterprise Strategy with the nonprofit sector, including offering rent subsidies to nonprofits and social enterprises, as well as a stability fund for the nonprofit sector. Glover (NDP) emphasized the importance of social innovation to tackle the many ongoing crises we face today. His party would build innovation through a strategic procurement process, favouring enterprises with a social benefit when handing out government contracts. Nguyen (OLP) noted that the Liberals have a history of supporting social enterprises, and stated that they would invest in the Grow Ontario Fund to support innovators and entrepreneurs to help get businesses off the ground. As part of that fund, they would commit $3 million toward women and people of colour; another $10 million would go towards Black entrepreneurs. None of the candidates were able to give a clear answer on reopening the Office of Social Enterprise.

Hosted on May 18 at CSI’s Community Living Room in Regent Park by the Community Civic Engagement Collaborative, we heard from Nicki Ward (GPO), Kristyn Wong-Tam (NDP), and David Morris (OLP). Candidates spoke to the top four issues identified in Toronto-Centre – employment, housing, environment, and income security. All candidates were unified on some items, such as guaranteeing ten permanent employer-paid sick days and an immediate increase of the minimum wage. For the full event recording, watch here. 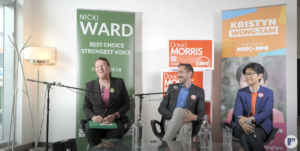 One of the questions posed to the group was how their party would ensure broad access to safe, stable, and affordable housing for people at various income levels. Wong-Tam (NDP) noted her party’s plan to build 250,000 new housing units over a decade, which would wipe out the social housing waitlist, and include non-market units as well as rent geared to income units. Ward (GPO) lamented the increase in buildings in the city that accompanies the lack of available housing, and highlighted the GPO plan to introduce participatory housing, which would include cooperative housing. Morris (OLP) noted that his party plans to set up an Ontario Home Building Corporation with a budget of $15 million to build 143,000 deeply affordable homes across the province. They would also commit to setting up a legal framework for rent to own.

GET INFORMED AND VOTE

First, learn more about your local candidates and their platforms! Unsure of your riding? Find out here. Check out our debates and your candidates’ websites and media. Don’t forget to contact them with your concerns and hopes for the future!

Check out Elections Ontario for all the information you need to know prior to voting.

Subscribe to CSI Network News to receive invitations to events like these, or support us by becoming a CSI Member!

June 1, 2022
News, Social Innovation
Today, CSI celebrates the 18th anniversary of opening our doors as Canada’s (and maybe the world’s!) first coworking space. Of course, we’ve evolved over the years to become so much more than just that - we are a curated, tight-knit community who cares deeply about making the world better for all. To celebrate the past 18 years of partnership and social innovation, we picked just 18 milestones (from the thousands of star moments) to share.

22 of the Most Innovative Innovations at CSI

May 14, 2022
Member Stories, Social Innovation
It’s Canadian Innovation Week once again! It's 2022, so we're looking back at 22 of our favourite innovations to come out of CSI over the years, pulling from our founding members (Stephen Lewis Foundation!) programs and accelerators, and our time in New York City, to showcase some of the greatest hits that have emerged from our 18 year old experiment in social innovation.

March 30, 2022
Next Economy, Thought Leadership
As we continue to live with COVID-19, employers must recognize that people bring their whole selves to work. Maria Vassiliou writes about how organizations are on the cusp of a grief crisis, and how their response can create an economy that is more equitable, sustainable, and prosperous for all.